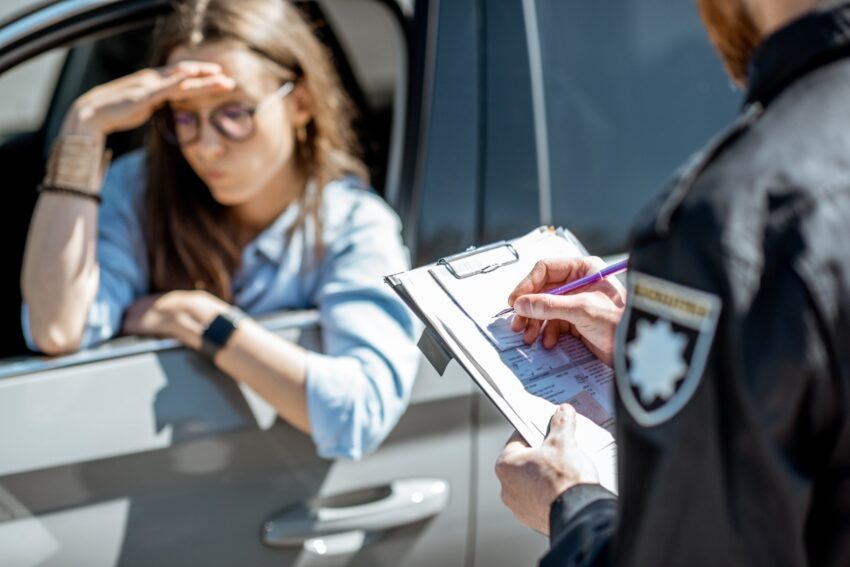 Some of the more serious traffic violations include those related to alcohol or drug use. Driving While Ability Impaired (DWAI) is the least serious alcohol-related moving violation. It is a violation, not a misdemeanor or felony. If it is your first conviction for DWAI, your license can be suspended for 90 days, and you may also receive a fine of up to $500 and/or up to 15 days in jail. If you get convicted again for DWAI within the next five years, the punishment will increase.

Driving While Intoxicated (DWI) can either be a misdemeanor or a felony. You can be charged with a felony DWI if it is your second DWI arrest and it is within 10 years of your first DWI or if you have a passenger in the vehicle under the age of 16. Other than that, your DWI will be charged as a misdemeanor.

If you are convicted of a misdemeanor DWI, your driver’s license can be suspended for 6 months. You can also be sentenced to up to 12 months in jail and/or fined up to $1,000. If you get another misdemeanor DWI within 10 years, the punishment will be more severe and you may even be charged with a felony. You may be able to plea bargain a charge of DWI down to a DWAI conviction instead. However, some district attorneys will not allow you to plea bargain a DWAI if your blood alcohol level is above a certain percentage.

If your driving is impaired due to the use of drugs (legal or illegal), you may be charged with Driving While Ability Impaired-Drugs (DWAI-D), either as a misdemeanor or a felony, depending on the circumstances. The punishment for DWAI-D is similar to that of DWI.

If your blood alcohol level is above .18%, you may be charged with Aggravated Driving While Intoxicated (ADWI). The punishment for ADWI is a fine of $1,000 – $2,500, jail time of up to one year and driver’s license suspension for at least one year.

New York State also has a zero-tolerance for underage drinking and driving. If you have a blood-alcohol level of 0.08% or higher, your driver’s license can be revoked for a minimum of one year.

If you are stopped or arrested for an alcohol-related crime or infraction, you have the right to refuse a field breath test or a chemical test, but it will cost you. If you refuse a field breath test, you can be charged with a traffic violation. If you refuse a chemical test, your driver’s license or New York State driving privileges can be revoked for one year.

Previous Next
Close
Test Caption
Test Description goes like this